THIS EVENT HAS BEEN CANCELLED -  WE HOPE TO RESCHEDULE THIS AT SOME POINT IN 2022. 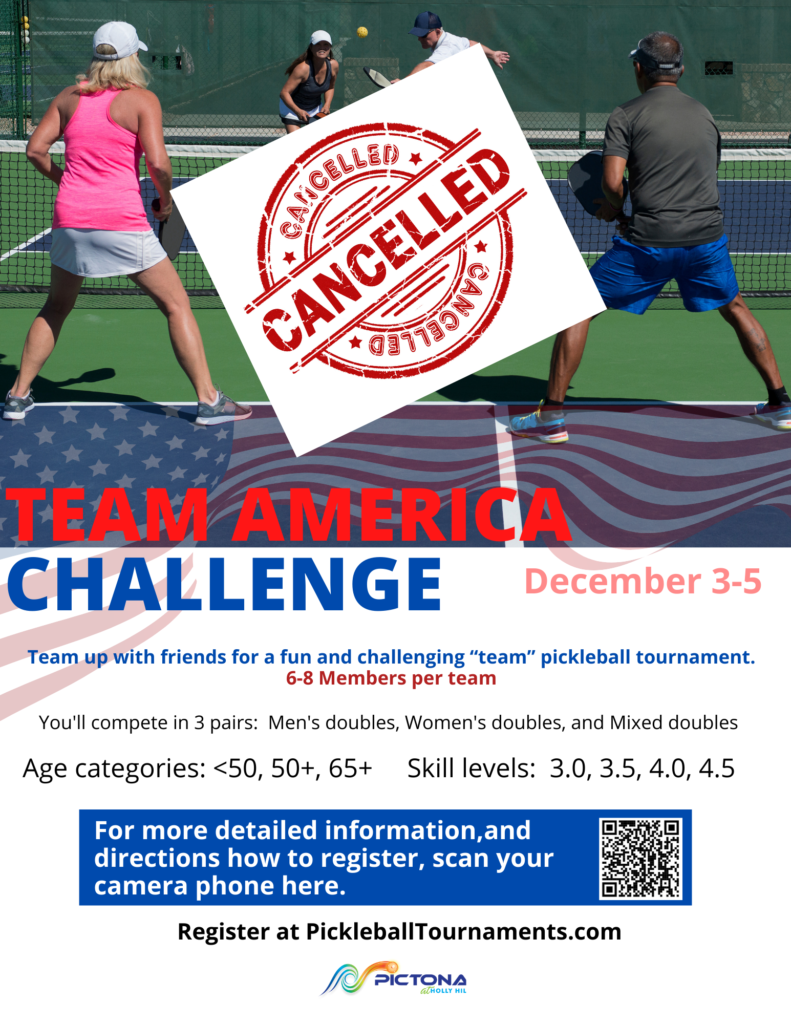 Team up with friends for a fun and challenging “team” pickleball tournament. Create a team of 6 to 8 players to compete in our first Team America Challenge at Pictona. Competition will be in 3 age categories and 4 skill levels.

You will compete in these doubles matches against other teams within your age/skill category with the winners of games, matches, and team totals determining the winners (see team scoring below).

Each team plays 3 other teams in a round robin followed by playoffs when there are multiple brackets in an age/skill category. Games are 2 out of 3 to 11, win by 2 and matches are 2 out of 3 games.

Awards: Gold and Silver medals for first and second place for each team member

Register at PickleballTournaments.com as a team.

One player is designated as captain who determines the “line up” of players for each match. The captain may make one substitute per match but only between games, not during a game unless there is an injury requiring the player to be removed. Coaching is permitted by any member of the team at all official timeouts and between games. No coaching is allowed during play.

Your team will play three matches at the same time – women, men, mixed – against another team of your age/skill level. Team scoring is based on total points earned by the team during round robin play. Your team receives:

1 point for each individual game won,

2 points for a match win, and

3 points for a team win over an opponent