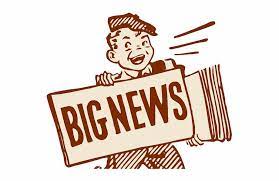 Monday 4/5 Covered Courts will be closed from 2-4pm for cleaning.

If you have any questions, feel free to reach out directly.