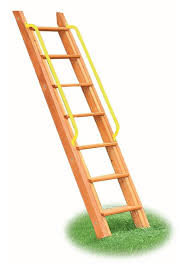 What’s ladder play? Teams (doubles partners) are randomly listed from top to bottom, like the rungs on a ladder. The goal is to climb to the top of the ladder and retain that position. A team may challenge the two teams immediately above it. If the challenger wins a 2-out-of-3 match it swaps places with the defeated team. A team can then challenge further up the ladder working to ascend to the top.

Pictona will offer the following ladders with registration of a minimum of 5 teams per ladder and an unlimited maximum number of teams. Each team is responsible for assessing its combined skill level. To review what the ratings mean go to https://pictona.org/play/skill-ratings/. The more accurately you can assess your skill level the more even the competition will be and the more fun everyone will have in the ladder.

Register for the Pictona Ladder Play by completing a Ladder Registration Form which is available at the Welcome Desk. Complete the form and return to the Welcome Desk. There is no fee to enter a ladder. You may enter any gender-appropriate ladder in each division – Men’s, Mixed, Women’s, Singles. Separate registrations are required for each ladder you enter.

Each ladder will extend from November 16 to January 31, 2021. League play and new ladders will begin February 1, 2020.  The ladders are maintained on the whiteboard in the Games Room.