The USAPA ambassador for Daytona Beach pickleball, Cathy Stansbury, put out a call for help in pursuing the construction of more courts in 2015. Rainer and Julie Martens volunteered assistance. They first approached the mayor of Daytona Beach about converting the little-used tennis courts located on City Island. The Mayor expressed no interest for the project. The same was true for several of the City commissioners.

Next we learned that the U.S. Tennis Association was leaving the Florida Tennis Center, owned by the City of Daytona Beach, so we approached the City about converting some of those courts to pickleball courts. Again, we were told “not interested” even though the City was losing about $250,000 per year at the Center. Cathy moved to Montana and the pursuit of courts was dropped.

In early 2018 Chuck Mecklem, having heard that Rainer had pursued the building of more courts, approached him about taking another stab at finding a way to build more courts. Chuck’s friend,  John Penny was the then mayor of Holly Hill, and they had discussed the possibility of building courts in the substantially under-utilized Hollyland Park. Chuck, Rainer, Julie, and Doug McClintock, a prominent pickleball player in the community, met with John Penny and Joe Forte, the Holly Hill City Manager. 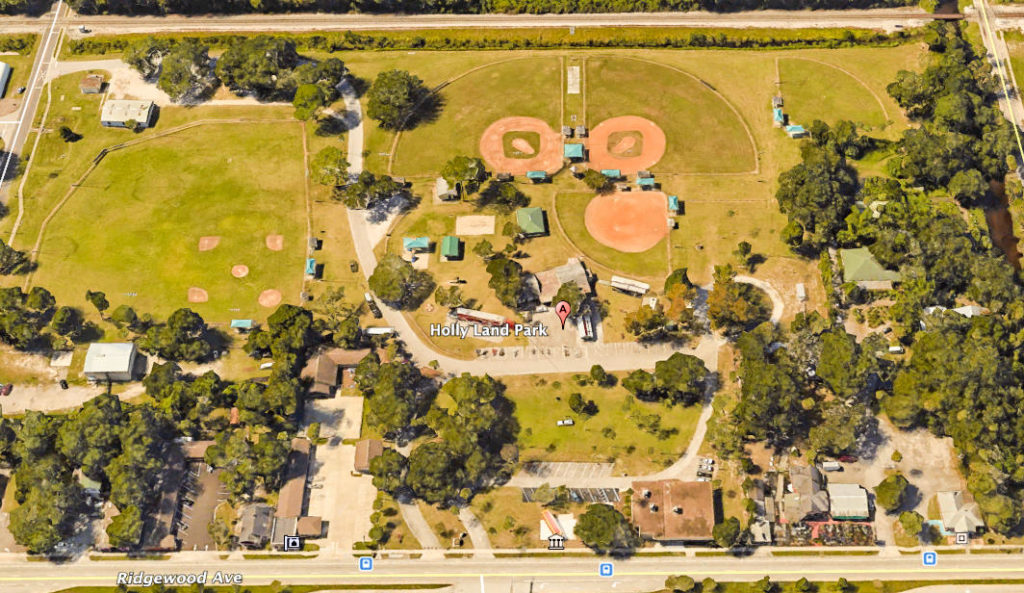 The City expressed serious interest in allowing the development of pickleball in Hollyland Park. All we needed to do was find about $4 million in funds to build our dream complex. Various sources of funding were mentioned, all of which would take several years to acquire along with City approval before ever beginning to build. Envisioning a 4-5 year timeframe to get new courts, our interest cooled with Holly Hill.

Being impatient and seeing the growing need for more courts, the “founding four” reapproached the City of Daytona Beach about converting 8 of the 24 tennis courts at the Florida Tennis Center into pickleball courts and refurbishing the clubhouse.

A meeting with the City of Daytona City Manager was held in which he expressed his skepticism but invited us to submit a proposal which we did. We offered to pay for the court conversion and clubhouse renovation. We audited the use of the courts to provide data of how they were under-utilized. After weeks of work we never received a reply to the proposal.

Good bye Daytona Beach, hello Holly Hill. In the summer of 2018 we met again with the leadership of the City of Holly Hill who were encouraging and courteous.  They saw the tremendous potential for the growth of pickleball and the positive impact  a pickleball facility, with other recreational amenities, would have on Holly Hill. We were appreciative of the positive response. Only one problem remained: How were we going to pay for it? The City was not in a position to fund the entire project.

The Martens’ surprised the group by offering to contribute $3 million toward the project if the City would contribute $1 million and provide future maintenance and pay the utility expenses. The deal was consummated. Through a public-private partnership funding was secured and the founding four and Mayor Penny and City Manager Joe Forte sold the project to the City Commission.

In the meantime Rainer and Julie Martens began working with Dana Smith, the architect for the project, to design the facility which would have 24 courts, a clubhouse with locker rooms, player shop, games room, and a senior activity center which hosted shuffleboard courts, croquet court, bocce ball courts, and horseshoes. A restaurant was added to the project, called the Kitchen (the term used to refer to the no-volley zone in pickleball), and a community garden. The garden would have a section for school children to grow vegetables, and adult section, and a hydroponic garden that would provide fresh vegetables to the Kitchen.

A.M. Weigel was selected as the construction management firm to oversee the building of what now is called Pictona. A ground breaking ceremony was held in May 2019 and construction began later in the summer. The project was completed in August 2020 with a final cost exceeding $6 million. The City of Holly Hill increased its contribution to $1.3 million, an ECHO grant was obtained for $400,000 and private funding and sponsorships added another $50,000. The Martens through their Martens Charities paid the remaining amount. The team of Dana Smith, Mike Weigel, Dwight Pickett (Weigel partner), Joe Forte, Holly Hill City Manager, along with the Martens’s have worked closely together to complete the project on time.

The Club opened the 8 covered courts and 6 uncovered courts  June 15, 2020, while construction continued on the building and some of the other amenities. The Clubhouse, Kitchen, Senior Activity Center, and remaining 10 courts opened July 15.

The Club now faces the challenge of funding the day-to-day operation of the facility at Hollyland Park. Member dues, profits from the Kitchen, sales from the Player Shop, and tournament surpluses will be major sources of revenue. Major sponsorship have been obtained from AdventHealth, Brown & Brown, and S.R. Perrott, organizations that support many worthwhile causes in the greater Daytona area. 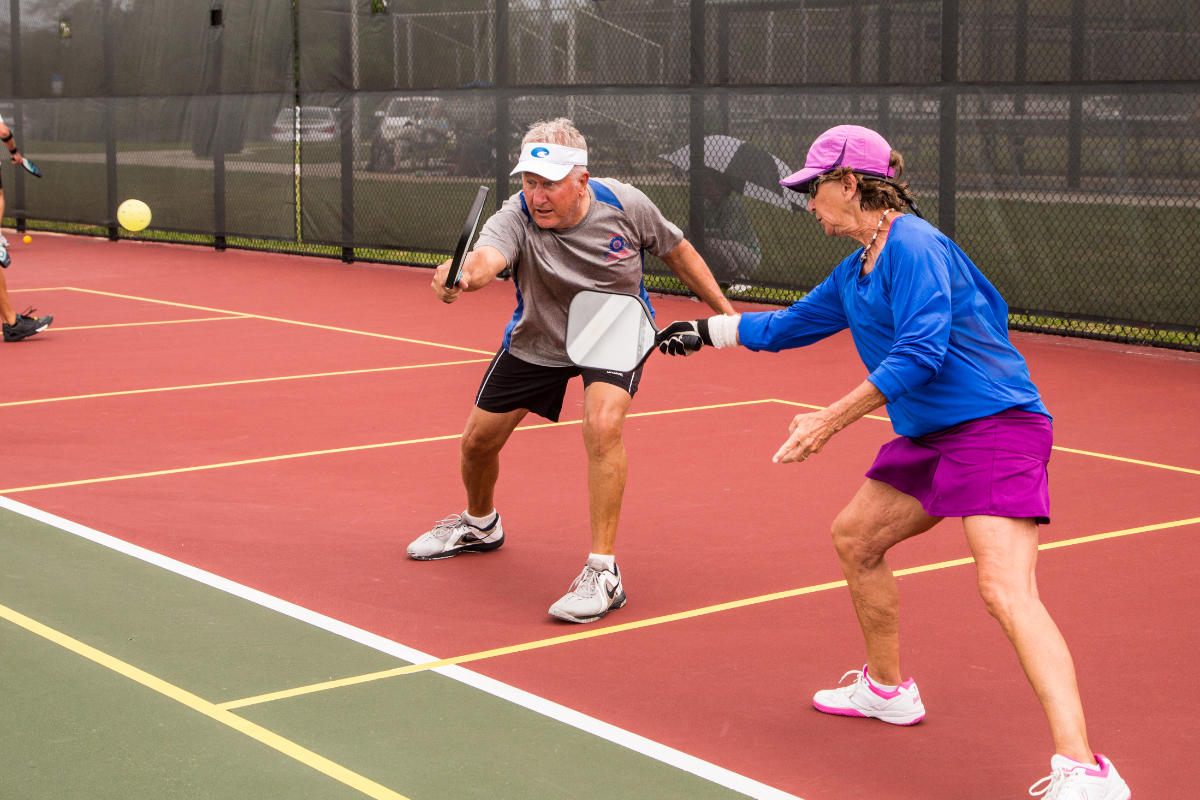