Angie's background is in retail and food service, with over 20 years of successful leadership and management experience.  She has a passion for customer service and developing others.   Angie was a manager at Starbucks for 15 years where she developed a LOVE for coffee and connecting with people.  In her free time, she roasts her own coffee, sourcing beans from around the world.

She loves fishing, being outdoors, walking hte beach and hiking.   And of course, she loves her dog Buddy and cat Lillian!
Angie's dad introduced her to pickleball, just before Pictona opened.  They would play  together, with him teaching her his killer shots.  She fell in love with pickleball, and as a member of Pictona, she's met some great people and made good friends. 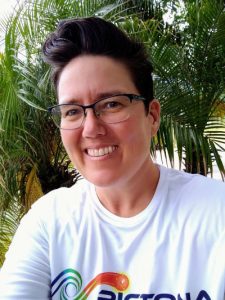 After serendipitously finding pickleball one evening two years ago, Sarah has not been able to stop talking about or playing the game. Even her two cats Rudy and Dora have had to endure multi hour-long marathon viewings of YouTube pickleball matches.

No matter where in the world she has gone, Sarah has always had a bat or a ball in hands. As an international softball player for a decade and a coach for another decade Sarah chased a softball for 20 years on diamonds in Australia, New Zealand, Japan, China, parts of Europe and North America until 2011 when she finally arrived in Daytona Beach. Sarah then spent the next three years building the softball program at ERAU from scratch, which included highlights such as attracting more than 700 fans to their inaugural game against Florida State University, earning a top 25 ranking in the NAIA during the programs second year and being named Coach of the Year before finally retiring from coaching.

Sarah has the spent the past five years building relationships and growing business at Fortune 500 company Sherwin Williams in the Daytona Beach area. Should you need help selecting a color for your home or dining room be sure to hit Sarah up for her color expertise. 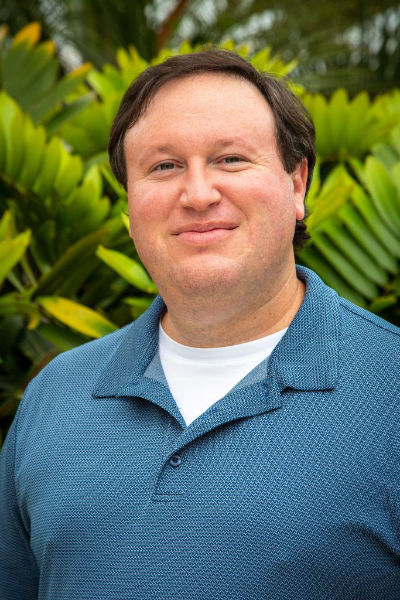 Rynn Goldstein joins the Pictona team as the Senior Activity Center director. Rynn comes to Pictona following a 17-year career as a high-school teacher, international educational travel coordinator, and data specialist at Spalding High School in Georgia. Rynn is a pickleball enthusiast who has a passion for sports, exercising, and interacting with positive people. After leading a career focused on teaching others, his great joy of life thus far has been inspiring young people to think deeply, be tolerant of others, and pursue their dreams. He brings this same passion to creating and leading the programs at the Pictona Senior Activity Center and inspiring others to move, play, engage, and participate.

Marketing Director
Mark comes to Pictona from the Council on Aging, where he was the manager of marketing, communications, and events. Prior to that he worked for 15 + years in the corporate marketing world, helping manage large, iconic events for Macy’s Department Stores, and before that, similar events for Target Stores. You could find Mark backstage at Madison Square Garden or perched atop an extended lift securing a star atop an 80 Ft. Christmas Tree in San Francisco.

Mark hails from the Midwest and is happy to have relocated away from the harsh winters to sunny Florida. He likes to stay active with hiking and kayaking. Although he’s new to the sport of Pickleball, he’s enthusiastic to learn the art of the Dink!     Afterall, you can’t play outdoor Pickleball in Minnesota in January!